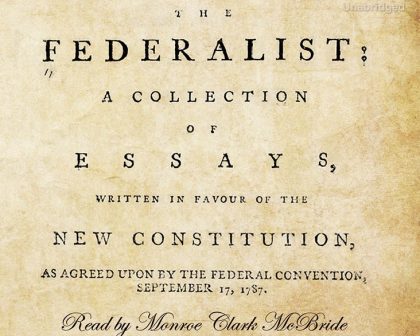 The Federalist Papers is a series of 85 essays written by Alexander Hamilton, John Jay, and James Madison between October 1787 and May 1788. The essays were published anonymously, under the pen name "Publius," in various New York state newspapers of the time. The Federalist Papers were written to urge New Yorkers to ratify the […]

Any cookies that may not be particularly necessary for the website to function and is used specifically to collect user personal data via analytics, ads, other embedded contents are termed as non-necessary cookies. It is mandatory to procure user consent prior to running these cookies on your website.